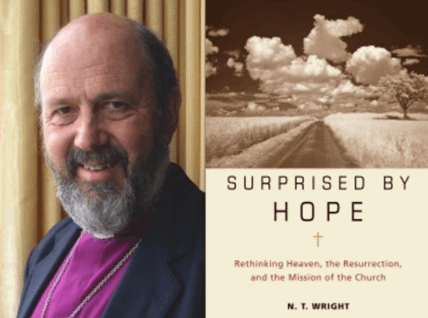 In preparation for this year’s celebration of the greatest of days, I read Surprised by Hope: Rethinking Heaven, the Resurrection, and the Mission of the Church (2008), by N.T. Wright, whose The Challenge of Jesus: Rediscovering Who Jesus Was and Is I read for Resurrection Sunday 2015.

The book can be viewed as having two main points.

First: The historical and bodily resurrection of Jesus points not only toward life after death (in heaven) but, more importantly, toward the “life after life after death” (148), i.e., in the “final coming together of [the new] heaven and [new] earth, [which] is God’s supreme act of new creation” (208).

Second: We who are created in the image of God, and who have been redeemed from death through the atoning death of Jesus, are led and empowered by the Spirit to reflect (94) the Resurrected Lord to all of God’s creation here and now, on this earth, as well as in the new one. “The intermediate stage between the resurrection of Jesus and the renewal of the whole world is the renewal of human beings – you and me! – in our own lives of obedience here and now.” (249)

Before, between, and after his painstaking exposition of the above points, Wright does his best to expose the errors in the popular worldviews of materialism and Gnosticism and their modern/postmodern variants, and in popular beliefs about death, life after death, the second coming, and the role of Christians in this present world.

Now to quote some of Tom’s sentences that either caused me to pause, to smile, or to weep:

On life after death:

“One of the primary laws of human life is that you become like what you worship; what’s more, you reﬂect what you worship not only back to the object itself but also outward to the world around.” (182)

“[B]uild for the kingdom. This brings us back to 1 Corinthians 15:58 once more: what you do in the Lord is not in vain. You are not oiling the wheels of a machine that’s about to roll over a cliff. You are not restoring a great painting that’s shortly going to be thrown on the ﬁre. You are not planting roses in a garden that’s about to be dug up for a building site. You are— strange though it may seem, almost as hard to believe as the resurrection itself—accomplishing something that will become in due course part of God’s new world. Every act of love, gratitude, and kindness; every work of art or music inspired by the love of God and delight in the beauty of his creation; every minute spent teaching a severely handicapped child to read or to walk; every act of care and nurture, of comfort and support, for one’s fellow human beings and for that matter one’s fellow nonhuman creatures; and of course every prayer, all Spirit-led teaching, every deed that spreads the gospel, builds up the church, embraces and embodies holiness rather than corruption, and makes the name of Jesus honored in the world—all of this will ﬁnd its way, through the resurrecting power of God, into the new creation that God will one day make.” (208)

Wow! In relation to the above, I can’t wait to read and maybe blog about Chris Travis’ inSignficant: Why You Matter in the Surprising Way God is Changing the World.

“We must therefore avoid the arrogance or triumphalism of the ﬁrst view, imagining that we can build the kingdom by our own efforts without the need for a further great divine act of new creation. But we must agree with the ﬁrst view that doing justice in the world is part of the Christian task, and we must therefore reject the defeatism of the second view, which says there’s no point in even trying.” (216)

And still on kingdom work:

“As far as I can see, the major task that faces us in our generation, corresponding to the issue of slavery two centuries ago, is that of the massive economic imbalance of the world, whose major symptom is the ridiculous and unpayable Third World debt… Sex matters enormously, but global justice matters far, far more. The present system of global debt is the real immoral scandal, the dirty little secret – or rather the dirty enormous secret – of glitzy, glossy Western capitalism.” (216)

And finally, on Easter:

“If Calvary means putting to death things in your life that need killing off if you are to ﬂourish as a Christian and as a truly human being, then Easter should mean planting, watering, and training up things in your life (personal and corporate) that ought to be blossoming, ﬁlling the garden with color and perfume, and in due course bearing fruit. The forty days of the Easter season, until the ascension, ought to be a time to balance out Lent by taking something up, some new task or venture, something wholesome and fruitful and outgoing and self-giving.” (257)

Now, what new, wholesome, fruitful, outgoing and self-giving task or venture shall you and I take up in the next forty days? 🙂

Happy Feast of the Resurrection!

P.S. Thanks to Raam Dev for the new, cool Independent Publisher theme. And also to the Automatticians for Twenty Ten, my blog’s first theme. 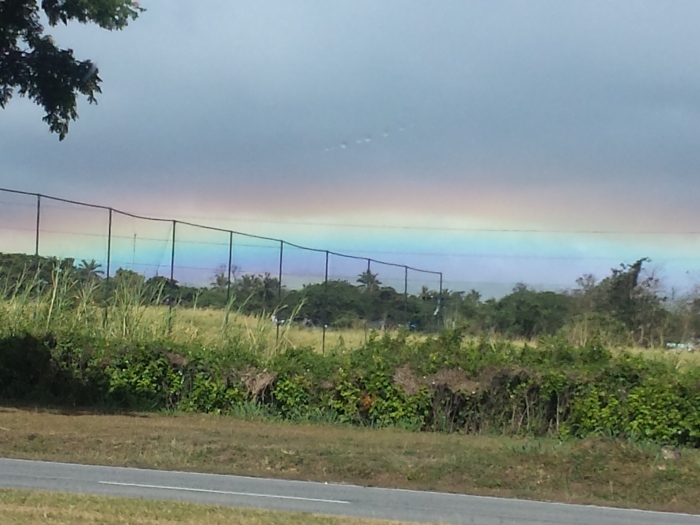 3 thoughts on “On Surprised by Hope: Rethinking Heaven, the Resurrection, and the Mission of the Church”